6 skippers showed up for round 9 of the DF 65 summer series on a chilly and overcast morning The breeze fluctuated between  5 and 10 knots and varied in direction giving the skippers an interesting beat . Bill aided by Chaz ran the mornings racing, Phil was a little slow to get going but when he did he got 5 straight bulletts, Bill came in second. I understand it was an enjoyable mornings racing and must apolagise for the lateness of this report as the two main correspondents have been away on National duty , I would also add that the final series result will not be published untill the end of October due to ourt current scorer having a nice time in Turkey on a real sailboat . 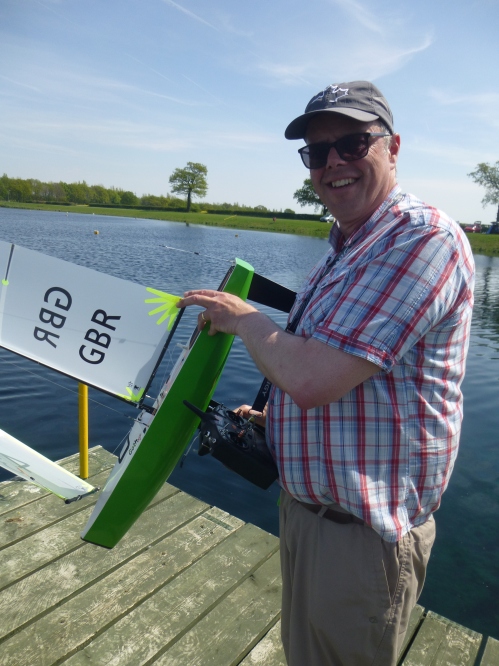 Phil Harpham winner of round 9 of the DF 65 summer series .