8am and not a breath of wind, as the Lincoln team arrived to get the boiler going for tea and coffee,  and more importantly the club house cooker for the now legendary Lincoln Sausage burgers. Competitors arrived in drips and drabs the flags were put up and showed no signs of life, The motor home campers stirred into life after a chilly night and having having driven a very long way from the south coast of England, but hey enough of all that nonsense what about the racing.

The V9 of David Alston and the Brit Pop of Darin Ballington won the seeding races after a short delay ( the only delay in the whole day) and then David won the first A fleet race before his day turned a kinda pear shape ( sorry Dave )  We then get to race 4 and Derek Priestley got moving winning the next two races with his slightly older boat and Nigel Brown our eventual winner was getting to grips with his nearly new Sedici, gaining a fifth place, battles were going on all across both fleets with some great racing, and I have to say, good course setting by OOD Peter Cogill, The Breeze got better by Lunch time  probably around 6/8 knots and the beat was no easy task but playing the shifts paid dividends as it does in any race, getting to know them was a little tricky. Races 6 and 7 were won by Nigel when the scores were neck and neck with Derek, at the end it was 20 points apiece, and Nigel edged it on count back with Darin Ballington taking third spot. All in all a good day at Lincoln steady breeze and warm sunshine great hospitality by all the helpers tasty cakes in the afternoon all calorie free I was told.

Many many thanks to all the helpers and competitors for making it a special day and you will be pleased to know that  £ 100 plus was raised for the R.N.L.I so thanks for your generosity.

We hope to see you all again soon and especially for the same event next year. One or two pics below and well done Nigel Brown from the Gosport club . 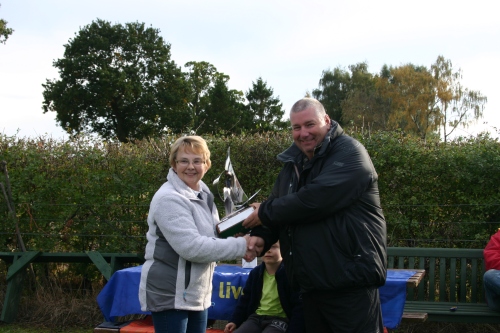 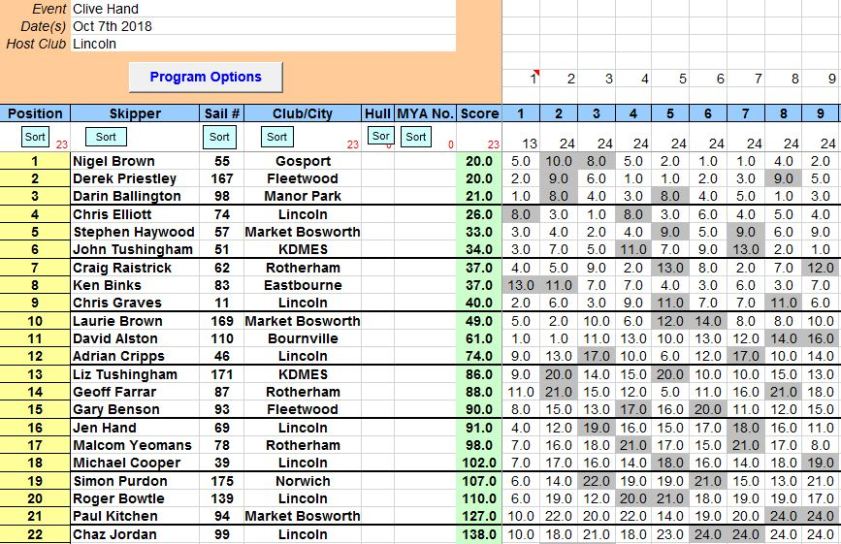 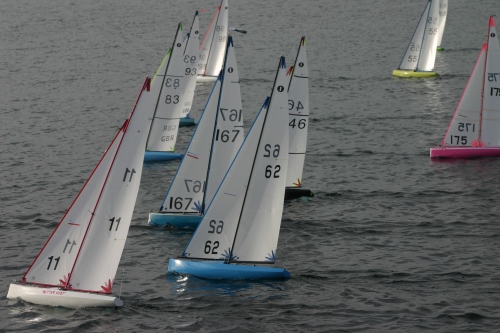 How close they were ,

If you want to try your hand at The Clive Hand next year and win some fabulous prizes and have a great time in great company and support the R.N.L.I , follow our website and keep an eye on the dates , sometime in October 2019