A fairly dull mornng was brightened by the sight of 18 skippers ready for action. This must be something of a record!!. However the wind was not helping, being from somewhere between South and East and putting a large proportion of the accessible lake in wind shadow. Two laps of a long course meant that only 7 races were completed.

Due to the large number of boats  there were occasions when a cluster arrived  at the finish line together putting the scorer under unusual pressure. In race 4 boat no 139 was not recorded, as was boat no 99 in race 5. These boats were awarded the average of their scores in the other races. 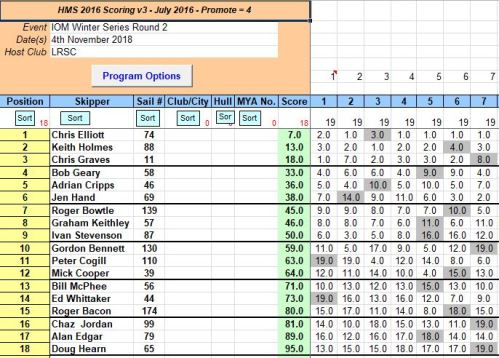