Home » Uncategorized » DRAGON FORCE , ROUND 11 AND FINAL ROUND OF THE SUMMER SERIES

DRAGON FORCE , ROUND 11 AND FINAL ROUND OF THE SUMMER SERIES

At 0900 hrs 8 of the competitors arrived at Scotland Farm in pouring rain and very little wind , However by 0950hrs 13 competitors were ready for the briefing the rain had stopped and and a steady southerly breeze had filled in to give us some very exciting races. New member Chris Corrin was trying out his Dragon force for the first time and had some teething problems with range on his Spectrum set-up eventually going back to the original kit that came with the boat. Bert Whitehead also sailing the Dragon for the almost first time sailed well and only finished two      points behind Alan Newman. Gordon Bennett’s new Dragon is white all over and he was well pleased with his performance. The winner in the end was Phil H with a string of fine results which must give him confidence for the future. Martin Lambert secured 2nd position and was the summer series winner by quite a large margin , which with his wins in the R.M and the I.O.M makes him the man to beat in the winter series , which by the way starts in earnest next Sunday the 9th November results are below , but before I leave you, I would like to express all our thanks to Seymour for sitting back and doing the scoring for us today , It does underline the spirit in the club where people are happy to give up a morning and do something other than sail at the club.

We tried a new starting sequence today , and many thanks to Mick H , it worked well and with the mk 2 version we should have a bit more volume/sound , we also did 9 races , we also had a fantastic day of sailing , so if you missed it check out the diary for the next event , what we did today for a couple of hours beats most things but then again that’s just my opinion. We now have 20 Dragons in the club,, so come on guy,s come and enjoy the fun . 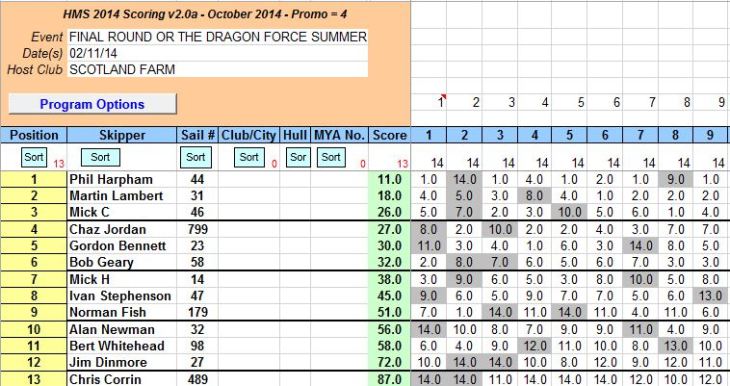 and a few piccys of the days event.

SEYMOUR ON THE SCORING.

Phil’s victorious boat on the day .

Getting ready for the action 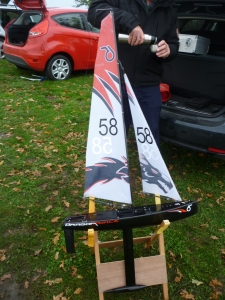 Martin’s meticulous attention to detail before going afloat to win the series .

Alan searching for more speed, ” in the boot ” lol 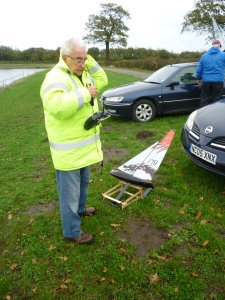 Chaz keeping the boat under wraps from prying eyes . 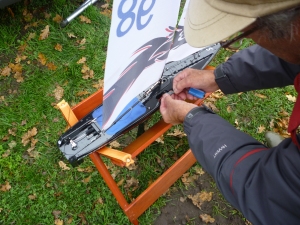 New member Chris getting to grips with 489.

Like Loading...
By Micky Boy in Uncategorized on November 2, 2014.
← A REPORT BY THE LINCOLNSHIRE ECHO on the recent CLIVE HAND MEMORIAL TROPHY I.O.M RACE SERIES RESULTS SORTED →