Home » Uncategorized » CAKE AT THE LAKE

CAKE AT THE LAKE

The forecast lived up to its promise and gave us all a wonderful days racing. We welcomed visitors from Huntingdon and Manor park and also a couple of chaps with there Dragon Force yachts from slightly nearer. First up was the I.O.M’s and 15 skippers came to the line, with Radio problems ruling out two competitors , thirteen boats raced two laps of a windward leeward course, The wind was a nice 70% top suit sail and the beats kept the skippers alert with many shifts that had to be taken advantage of, It looked as though Mick Chamberlain was going to be hard to beat as he won the first two races , with Martin Lambert Dave Gunson and Darin Ballington in hot Pursuit. Finally Darin found his form and took the next two races, with Mick C having gear failure in the fourth race and coming in a lowly tenth. Darin again took the honours in race Five, with the consistent Martin L sailing his Lintel coming second in the last three races, The last race Darin had a gear snitch at the final leeward mark which after leading the race allowed both |Martin and Mick to get in front , after a close battle Mick took the last race with Martin second and Darin Third. David G came a creditable fourth with Alan Newman in fifth position. One to watch out for is Bob Geary who came in 6th,  He has a new boat on order and I am sure you will see some good performances when it arrives. I am sure that a lot of skippers will take heart from some very close and competitive racing, Tracy Ballington did very well considering it was her first time out with the Gadget, and Our very own Jenny Hand having radio problems from the start, she has some work to do this week to ensure she is on the start line next week. I have not mentioned everybody but you all deserve a round of applause for your performances, and I am sure you can all see little area’s where you can make small improvements to your strategy and trim to get you up the leader board as the season progresses .

when we normally do the results we do not allow a discard , however I have used the M.Y.A H.M.S scoring system to be abler to show you all how you did on a race by race basis , This system allows a Discard for each 6 races sailed , I am trying to find out if we can use the H.M.S without the discard in place but until I do I have posted the results, SO BEAR IN MIND THEY ARE NOT CORRECT , If you want to know where you came add the points up in total . 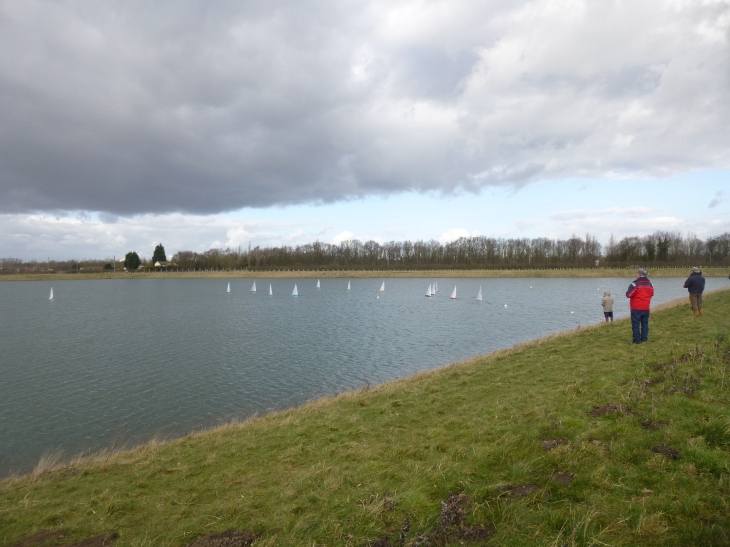