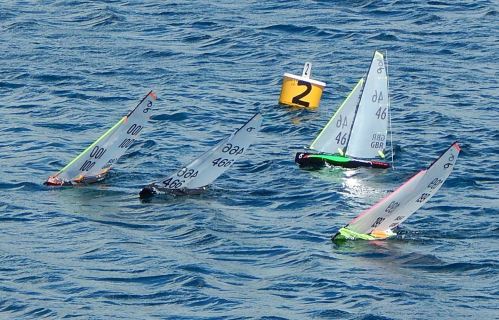 Saturday 20th June Scotland Farm welcomed 8 competitors, some from quire a long distance . Chaz Jodan was our PRO for the day and racing started promptly at 10 am from the East bank to a gentle south westerly breeze that filled a little as the day wore on. Quickly into his stride with his RG 65 Sliver was Mark Dicks with three straight wins closely followed by both Noel Donaldson and Phil Holiday with their Argons. Mick Chamberlain was fighting it out with John Goodyear to pick up the scraps , and Tom Wilgos was finding the long control area a handful but hanging in there, Jim and Bert sailing their Dragons having their own personal battle , but both managed to finish a fourth place in one of the races. Bert just getting the measure of Jim in the final standings, But the day went to Mark Dicks with 9 wins from 16 races, Thanks go to all competitors for the friendly manner in which racing took place, To Jackie who did the scoring and to Chaz for keeping law and order where necessary, results below . 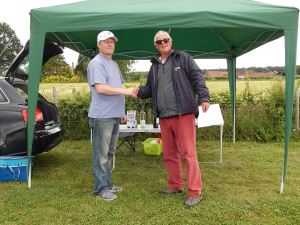 Sunday the 21st June was Lincolns round 3 of the summer series and also an open day for visitors. !4 competitors cam from as far afield as Abersoch which is in Wales or as near as dam it  and Ilkley although I noticed that competitor did not have a hat !!. Wind was fresh from the South west and although a couple of races were sailed on the East bank the wind was veering all the time and play resumed on the South bank. Most of us sailed with B rig but some had no other options and had to sail with top suit. John T took a while to get into his stride 5 races to be exact but on race 6 his domination started winning ten races on the trot , a hard act to follow but when your preparation is as thorough as Johns you must expect good results. Chris Elliott must have thought it was going to be a good day with three wins and a second in the first four races, but the breeze built just a little too much for Top suit but all credit to him he hung in there to gain a third overall on the day. Tim Long sailed a super regatta after quite a long layoff to post some great results and get a second on the day, Mark Dicks just missing out to Chris E for the final podium place. Results are posted below but I would like to thank all competitors , and Chaz Jordan for running the event,  Jackie for doing a super job with the scoring despite HMS crashing half way through racing,

Chris Elliott getting a good start ahead of Bert Whitehead

Note on count back  3/4th places above 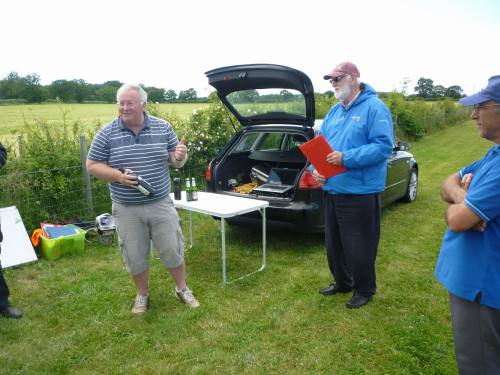 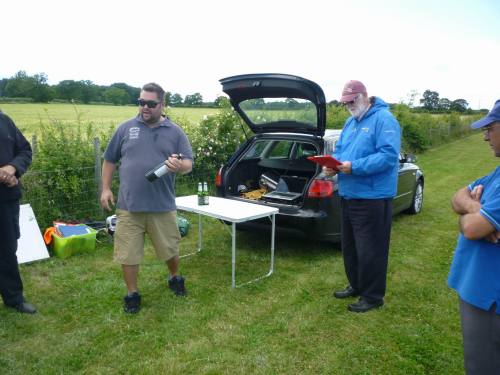 Chris Elliott , Third place , and vowing to get his B rig finished for next time .

Like Loading...
By Micky Boy in Uncategorized on June 22, 2015.
← I.O.M SUMMER SERIES ROUND FOUR RESULTS FOR IOM SUMMER CHAMPIONSHIP ROUND 3 →