Back to normal with the weather nice sunny day saw 9 skippers shaking off a few Xmas cobwebs could have been 10 but Mick chamberlain is still suffering with knee problems. Dave Burke and peter Webster set a great course up and down the East bank in a nice south westerlie that had all boats sporting A + rigs Well almost!!! Dave got off to a great start and was not going to be beaten to the finish line until the 6th race, Phil sailed consistantly but just could not catch speedy Dave who showed a lot of boat speed. The tuning on the DF 65’s is quite precise and you need to get it spot on and check it before going on the water for each race, having said all that the racing was close and great to watch.

Well done to Dave and of course many thanks to all the guys who showed up.  results below

Concentration at the start 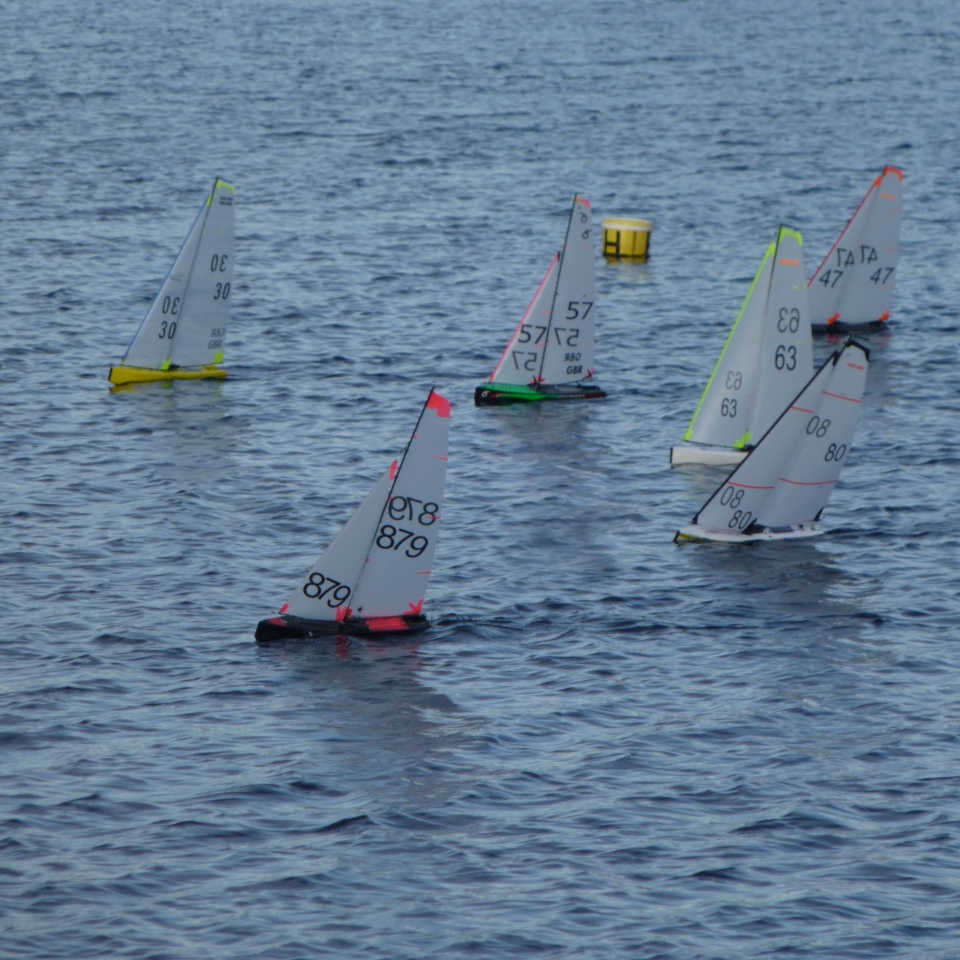 “Just after the Start” who is in prime possition ?

Sorry for the delay a slight misunderstanding but here we are .

A pretty miserable morning with rain for the most part , probably the worst weather we have had at the lake all year. however there were seven starters which could have easily been nine. Mince pies port cheese and biscuits were available for the half time break thanks to Albert ( Allan) and Gordon. Ivan did the scoring and to be honest the racing was good to watch. Keith was the eventual winner, but he did not have it all his own way, Gordon chased hard but had too much port at coffee break and Mick Cooper sailed a very consistent set of races and ended up third which I know he will be very happy with.

maybe the next Df 95 race day we can do a little tuning exercise to help some boats go a little quicker.

A DF 95 at full chat on a broad reach

After the storms and high winds on Saturday who could expect light winds sunshine and a generally great days racing !!!!!

10 skippers came out to play for round five and Geoff turned up to have a bit of practice with his DF 95 , Chris E got off to a great start in race one, closely followed by Rob W with his Fraktal, Gordon Bennett was showing some great skills and got a third in race one, Jen Hand back from her Ausie adventure 32 c most days to 5 c must have been a bit of a shock, but she coped well despite have kicking strap problem’s early on. Mick Cooper showed great speed in a few races leading at the weather mark but failing to consolidate during the whole race. Adrian is improving steadily with his Sedici and will be a force to reckon with soon,. The standard of set ups on older boats continues to improve which is very pleasing, the easire it is to make small adjustments to rig if neccesary between races can make a lot of difference. The points diff between 4/5/6th was close and the same with 7/8/9th just a little tweak can move you up a couple of places.

All in all a good mornings racing one or two faces missing from the pack but it will not be long before Bob G and Mick C are back with new boats       ( mid Jan hopefully) and some of the more regular faces start showing up to have some fun.

well done to all the helpers , and competitors for an enjoyable morning congrats to Rob , hope to see more of him . 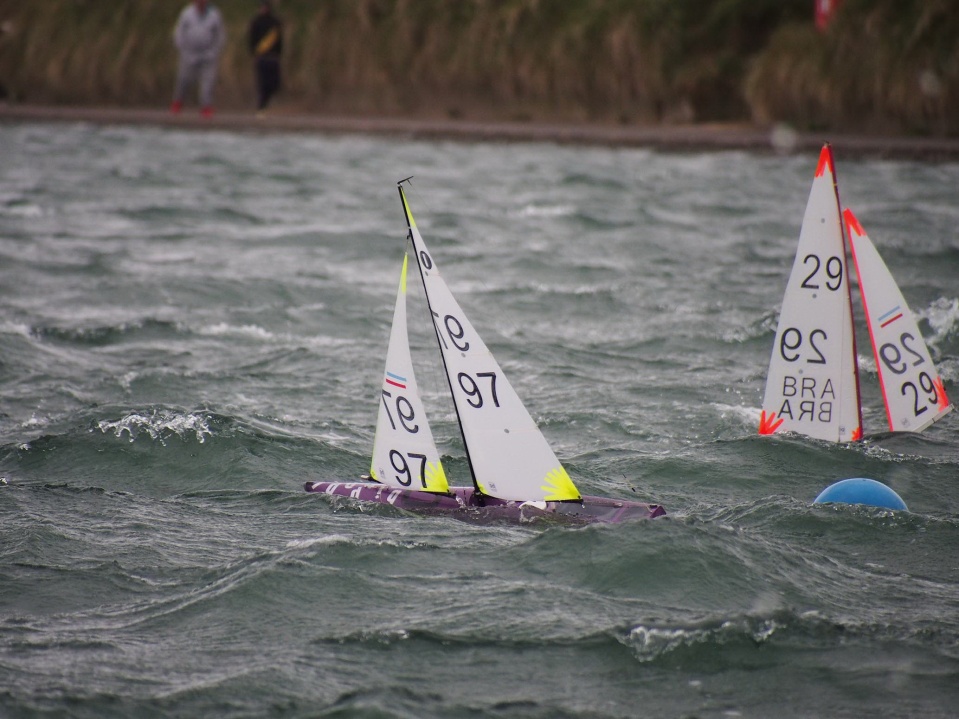 Rob powering upwind at the Nationals 2018

A very nice mornings racing at scotland farm, A good steady breeze from the North West sunshine mulled wine and mince pies and all 13 skippers enjoyed the morning, even Albert Allen who is also known as Alan Edgar ( sorry Allen the name on the sheet was dificult to read and the compiler had one of those err moments )

Mick chamberlain started well on A + rig with a couple of bullitts and a second but went downhill shortly after Phil started slow and finished with three bullitts inj a row all on A rig , the wind was to be frank between the two rigs and got stronger as the morning wore on Roger B showed some great form as did Gordon B and Peter W probably sailed the best he has ever sailed, so well done to all.

Many thanks to Sue for warming up the mulled wine and dishing out the mince pies, Thanks also to Mick for having a little teach in on the DF 65 before we started ( hope it helped ) and also thanks to the race team for getting 8 quite long races in on a fabulous December Morning.

Scores below and congratulations to Phil for his win after a tricky start , we shall now look to the next round on the 30th December  the last of 2018.

see note below re scores not being sorted

My apologies to all but I have had a glitch in the programme and cannot sort the finishing order. I am sure I can fix it but have published the unsorted sheet so that the due process can continue.