A rather small fleet of 4 IOM and 3 DF 95 enjoyed a very pleasant mornings sailing. A light south easterly breeze allowed sailing from the south bank and a total of 10 races were comleted. The usual format was used and was again successful.

The dreaded weed was in evidence on a few occasions but appeared much less than previous weeks.

Thanks to Ed W and Gordon B for their efforts as the duty crew.

The final round of the DF 65 summer series and 7 skippers had a frustrating morning with fog and very little wind , by eleven am the sun came out and made for a very pleasant morning. The wind coming from the North for the first time in weeks did not help but a course was laid on the South bank Ish. Bob Geary most consistant on the day took the honours from Mick C and Keith H. Many thanks go to the OOD’s. We can now look forward to the Winter series thats starts early in October. 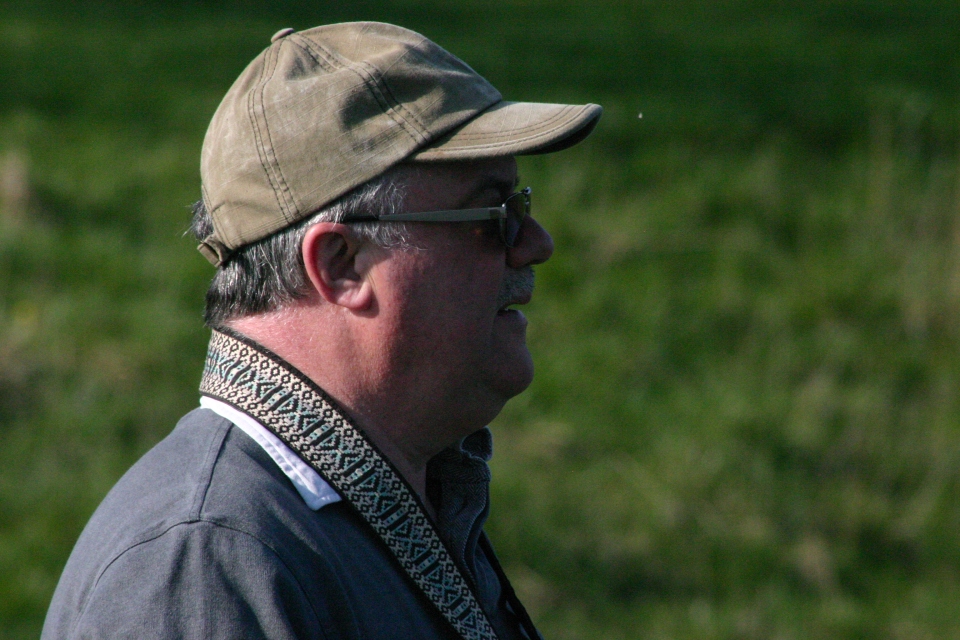 Bob Geary winner on the day

A fantastic Autumn morning greeted 13 skippers for round 7 of the I.O.M summer series , a steady light breeze that gradually increased as the morning wore on. Mick Chamberlain got off to a fine start in the light and won the first 5 races, Coffee break saw a change in futunes with both Chris E and Rob W taking charge at the front interupted in race 8 by a win from an unusually quiet Keith H. Sailing was all on the East bank and by the time the last two races were run  there were some very strong gusts causing a bit of nose diving on the runs. Mick Cooper continued his good form with his TNT just holding off Alan Newman with the AB4 , Roger Bowtle struggled a bit probably due to his early start leaving home at 7 am to come and fix one of the ride on mower’s, and it was also pleasing to see Ed W  finally getting the hang of I.O.M racing .The rain held off for the morning and eleven races were completed, many thanks got to Rob W for keeping the action going as our OOD for the day and of course to the many helpers and competitors for making it such an enjoyable day’s racing. Well done Mick C gbr 46 for another fine performance in the V9 holding of a strong challenge. The next and final round for this series is on the 1st of October,  a nice warm up ready for the Clive Hand on the 8th October . 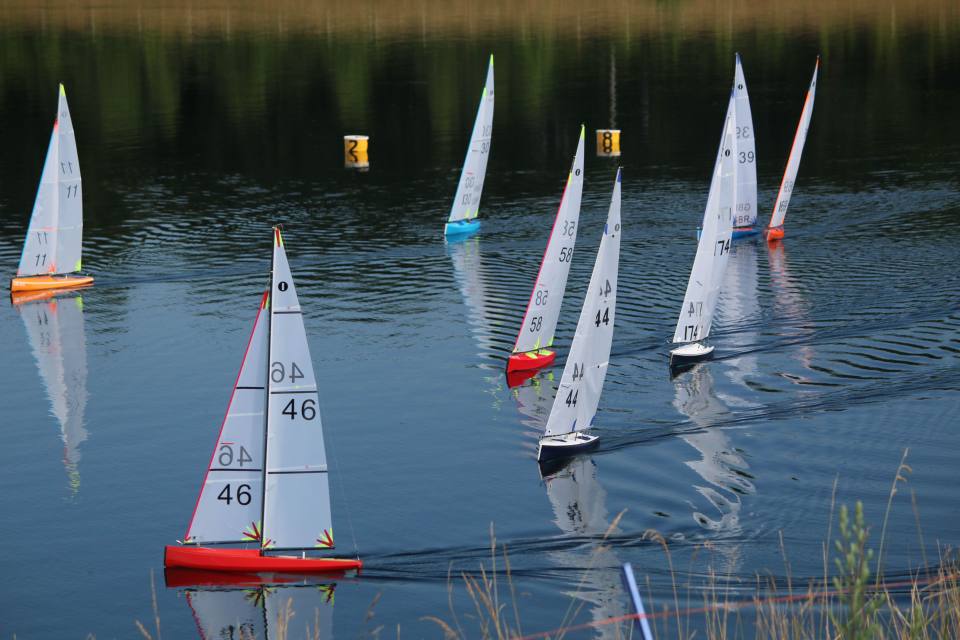 A fresh breeze from the South East gave turbulent and gusty conditions from the South bank. The weed appeared to be more of a problem than usual, perhaps because this is an unusual direction and this bank does not get the normal attention of the raking gang. 8 IOM and 4 DF95 skippers did their best to enjoy an othrwise pleasant morning.

Thanks to Chrises Elliott and Graves for keeping the sailing moving along.