The day started warm and bright but with very little wind. 6 skippers started drifting and eventually the wind filled in at about 10 mph from the SW. Enough time remained to complete 10 races to provide an enjoyable mornings sailing.

This is the final race of the Summer Championship series. Check the calendar for the start of the Winter series.

Results for IOM Summer Series Round 8 on 13th September 2015 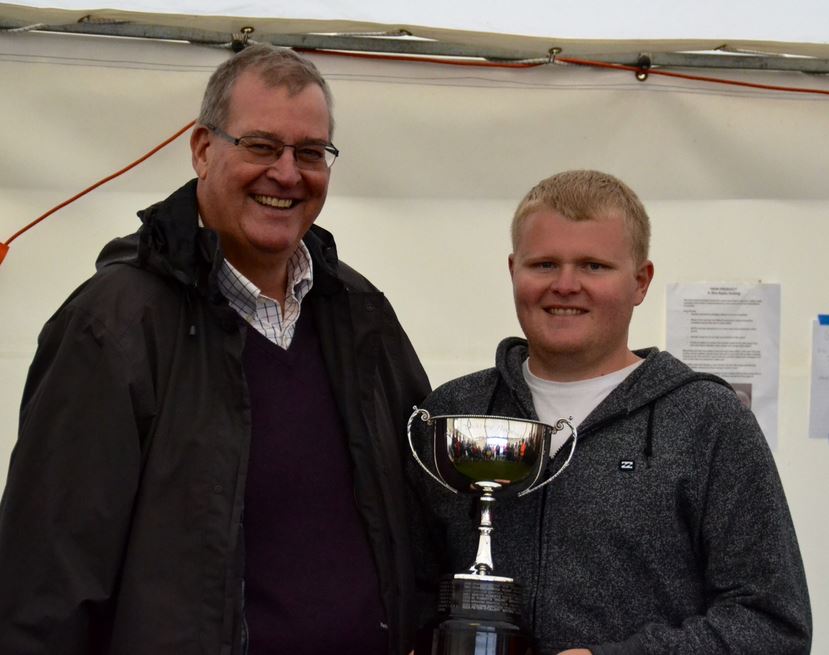 Lincoln Model Yacht Club recently held the I.O.M Nationals at Scotland Farm , below is a brief report , Pictures will follow in due course

Congratulations to Rob Walsh on beating a fleet of 79 other skippers to be crowned 2015 MYA IOM National Champion. Following on from his 2nd place at the recent RA Nationals he managed to squeeze out Zvonko Jelacic and Brad Gibson by the smallest of margins.

Yet again these 3 skippers were the pick of the fleet mastering the tricky conditions over the 3 days of competition.

Graham Elliott came in 4th (and winner of the Novice (?) Cup) with Lincoln MYC Club member Darin Ballington in 5th being the highest placed local skipper, although the winners always get the mention at prize giving time there was plenty of tight racing throughout the fleet with skippers fighting to get out of their initial heat or stay in the heat that they were in. This was all within easy viewing of all competitors whether sat near their cars or in the food marquee erected for the event, something which no doubt gave the event is friendly relaxed feel.

Day 3 saw the now “traditional” final day downpour with non stop rain from dawn until close of racing, with just a short interlude for the prize giving! However the breeze was higher than Day 2 allowing racing to continue all day with only minor delays. The general skipper behavior was excellent and although Protest Chairman Robert Owens was kept busy there was only one protest delaying racing for the shortest of times and most penalties being taken on the water.

It is testament to the quality of the UK Nationals that not too long ago there was a distinct band of skippers who filled the A heat, with the rest striving to catch them, but over this weekend this group of skippers now covers A, B and some of C heat, with those lower down pushing to join them. This can only be good for skippers and our sport as they return to their clubs with new found confidence and a few tricks and tips learnt from the very best in Radio Sailing. (Dont forget to ask those returning to your club what they learnt!)

The host club Lincoln MYC lead by Mick Chamberlain put in a massive effort to transform their “lake in a field” into a venue suitable to host a national championship and all the skippers roundly applauded the club and helpers at the prize giving thanking them for their time to allow others to going sailing, without these volunteers and clubs the sport would be lost.

Finally the event style is set by the race team and organisation, Chris Elliott should be congratulated for the way in which he ran the event as PRO, discussing all decisions with his race team and communicating any issues or difficulties they were having with the competitors, even the tough and unpopular decisions were communicated in a reasoned manner which the skippers accepted and acknowledged.

Thanks To Chris, Mick, Jenny, Phil and all at Lincoln MYC for their efforts.

Full HMS results will be posted later in the week along with any photos or links we get, but the final positions can be viewed below.