A meagre 6 entries for todays event. The wind was South to south east increasing slowly to around 10 mph by mid-day. Racing was along the south bank with sporadic problems with weed which affected all skippers randomly providing mixed results. However the overall weed situation appears much improved reflecting the hard work of the work parties in recent weeks.

A breezy day greeted 15 competitors to Scotland Farm for round six of the summer series , and with the wind forecast to veer and strengthen, racing was stated on the East bank. A top suit breeze from the south west with some nasty little gusts made for some great racing. We had two visitors Barry Raven and Sam Gill to make up the numbers and I am sure they both went home satisfied with there days racing. Neil Coleman and Barry Raven were of to good starts winning the first two races, but then the normal slow starter Dave Burke posted the first bullet in his 6 wins from 13 races, a consistent performance in anybody’s book Rob Wilson again showed signs of good form as did Neil Coleman. Alan Newman sailing an AB4 also seemed to be going well. After 5 races the massive veer came in and the wind direction changed and was coming from the North West, it had also increased in strength and this had skippers changing down to B suit, A new course was set on the South Bank where much work has been carried out with the opinion that it is a great improvement but still more work to do. Now although we started with 15 boats , we ended up with only 10 which was a shame because it was a fantastic day for sailing, sunshine a breeze in equal measures, good banter on the bank, made this a great day , results are posted below . Well done to Dave Burke who now leads the series.

A windless day greeted the 14 competitors for the Martin Lambert Memorial Trophy. Martin is sadly missed at the lakeside but I am sure he was looking on and keeping an eye on things. We only managed to get five races in the light  and flukey conditions,  and finally called a halt to proceedings at around 2pm. Grainne Lambert came to the lake to present the winner with his plaque, and a very nice photo of Martin, taken last year was presented to Grainne on behalf of the club . A lot of light heated banter was to be heard on the bank as normal, despite the trying conditions. results are posted below with some pictures of the competitors . Many thanks to Jackie for giving up her time to do the scoring. 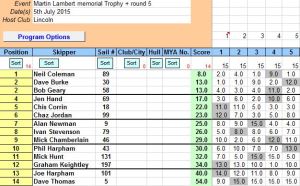 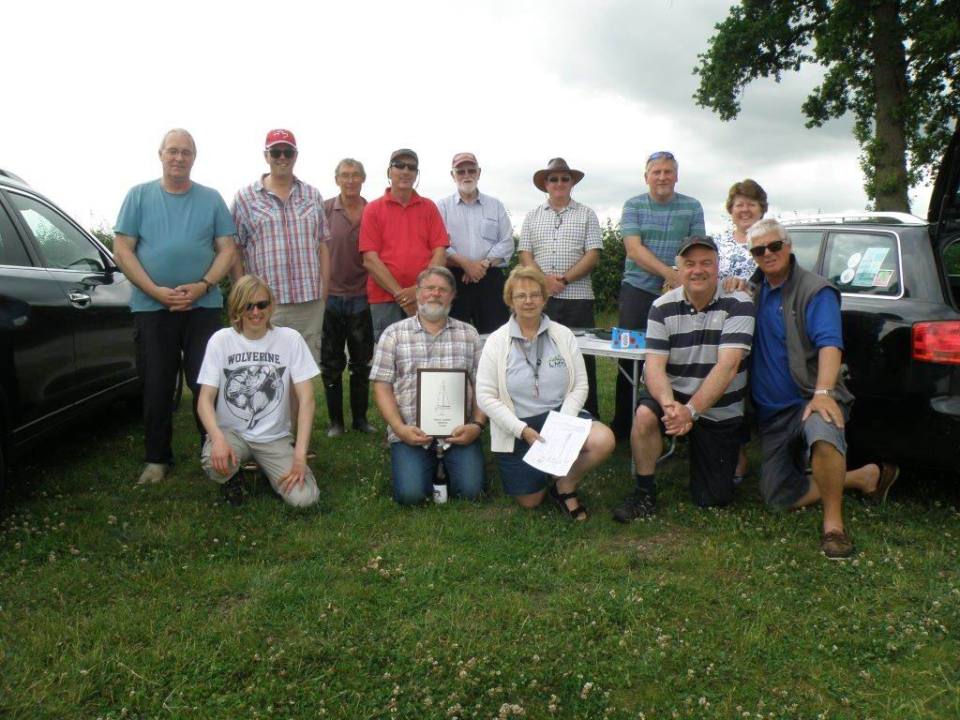